I just published the initial version of the modus-themes-exporter.el as part of my dotfiles’ Emacs setup.

The library consists of a set of functions that help produce a port of the active Modus theme (modus-operandi or modus-vivendi) for a variety of external applications. Currently covered entries are XTerm, URxvt (rxvt-unicode), Xfce terminal (xfce4-terminal), and Vim (gui and term, as well as NeoVim).

The exporting is performed by the modus-themes-exporter-export command. Its doc string reads thus:

Here is a side-by-side presentation of Emacs (left) and Xfce’s terminal with Vim running inside of it (right). Click to enlarge. 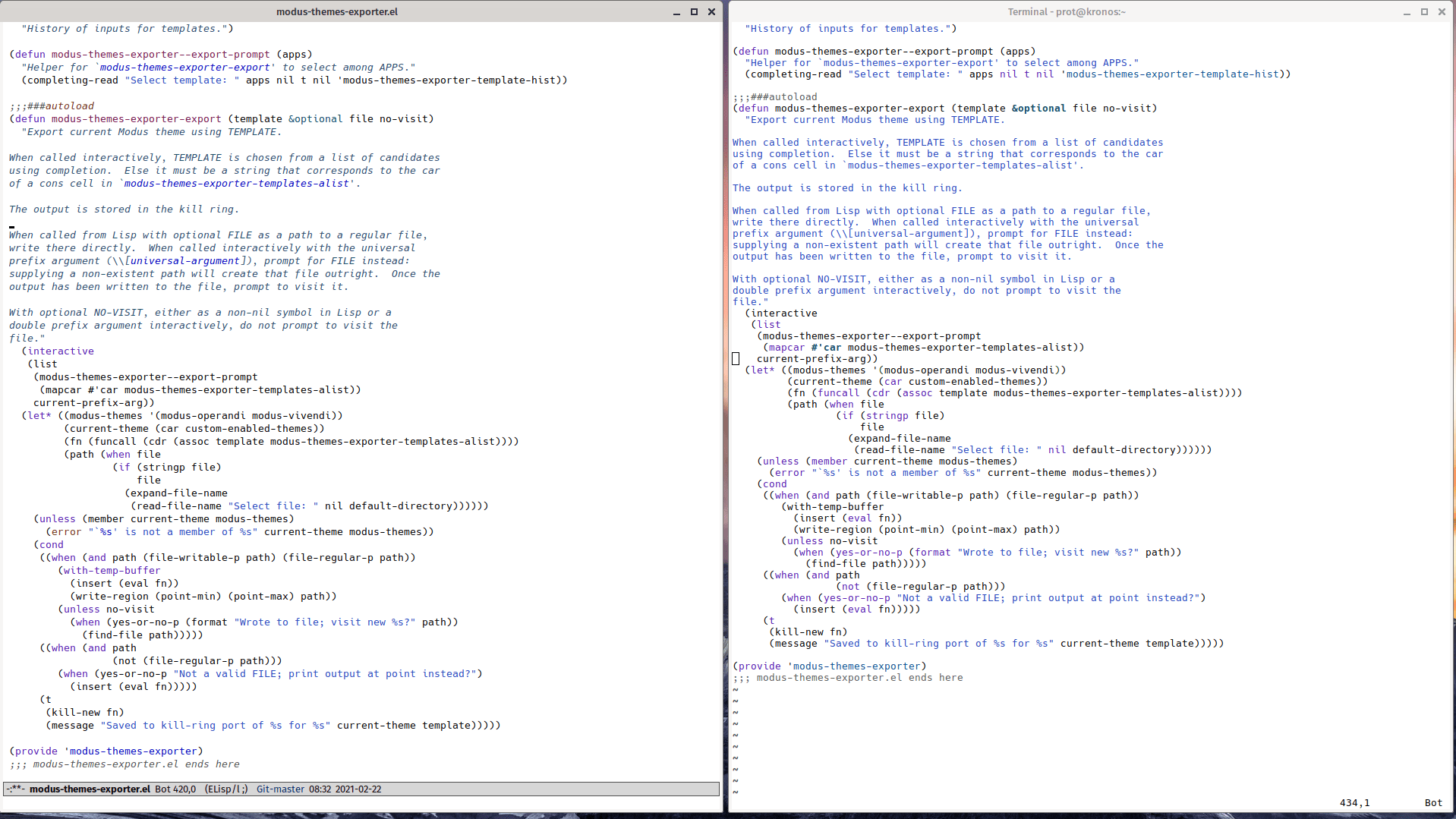 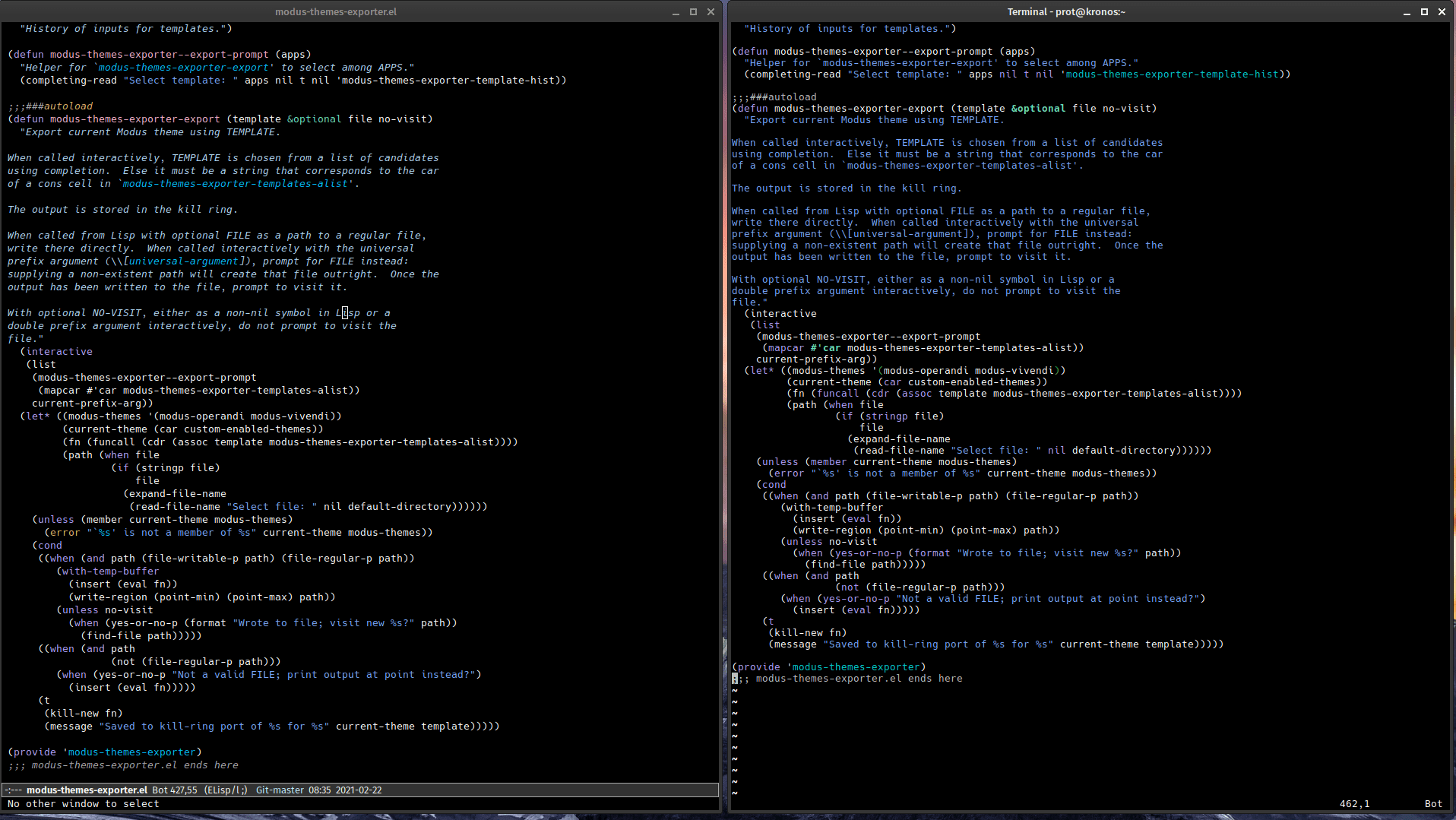 What is this all about?

Before we start… No, I do not intend to switch back to Vim: I plan to remain a full time Emacs user for years to come.

The modus-themes-exporter.el allows me to satisfy the demand for porting my Modus themes to other applications. I have done so several times in private, where I would supply an Xresources file or whatnot to the person emailing me. I have also offered my consent to those who asked whether they could create ports for VSCode—none of those endeavours has yielded any results as far as I know.

Demand for ports has also been expressed publicly on the issue tracker of the Modus themes’ repo (issue 116) as well as my dotfiles (issue 31). Furthermore, Simon Pugnet wrote the modus-exporter a while ago which, however, is targeted at older versions of the themes prior to their major refactoring in version 1.0.0.

I must stress that insofar as external text editors are concerned the output of this library does not constitute a fully fledged theme. Creating an original piece, especially one with the technical requirements for uncompromising legibility that the Modus themes stand for, requires a lot of work and painstaking attention to detail (I have been doing so for ~1.5 years now, ever since day one of switching to Emacs). No automated process invented thus far can replace the context-specific aesthetic judgement of the designer. Still, a templating system can help approximate what has already been achieved, while acknowledging the constraints imposed by the incompatibilities between the various applications and Emacs (e.g. how they highlight code, as illustrated in the screenshots above).

With those granted, the ports cover a subset of the palette used in each of the Modus themes which means, ipso facto, that they make compromises in the interest of maintainability. Similarly, there is no plan whatsoever to replicate the customisation options that the real themes for Emacs have, as well as implement anew their advanced, “do-it-yourself” features (consult the Modus themes’ manual, which, by the way, is pushing towards 20k words).

Please bear in mind that there is still a lot of work to be done before this library reaches a certain standard of quality:

Patches and user feedback are most welcome!