I was asked whether it would be possible to reproduce this aesthetic: https://lepisma.xyz/2017/10/28/ricing-org-mode/

I do not want to use writeroom-mode because it assumes far more things than the narrower-in-scope olivetti-mode. So I am sticking with the tools I presented in my last two videos:

So here are my two themes, Modus Operandi and Modus Vivendi, showcasing the result.

Remember to visit the image’s direct link to see it full size. The smaller view may distort some of its details. Also bear in mind that this is a proof-of-concept that is done on an existing document. I did not prepare a fake environment that would make things look good. 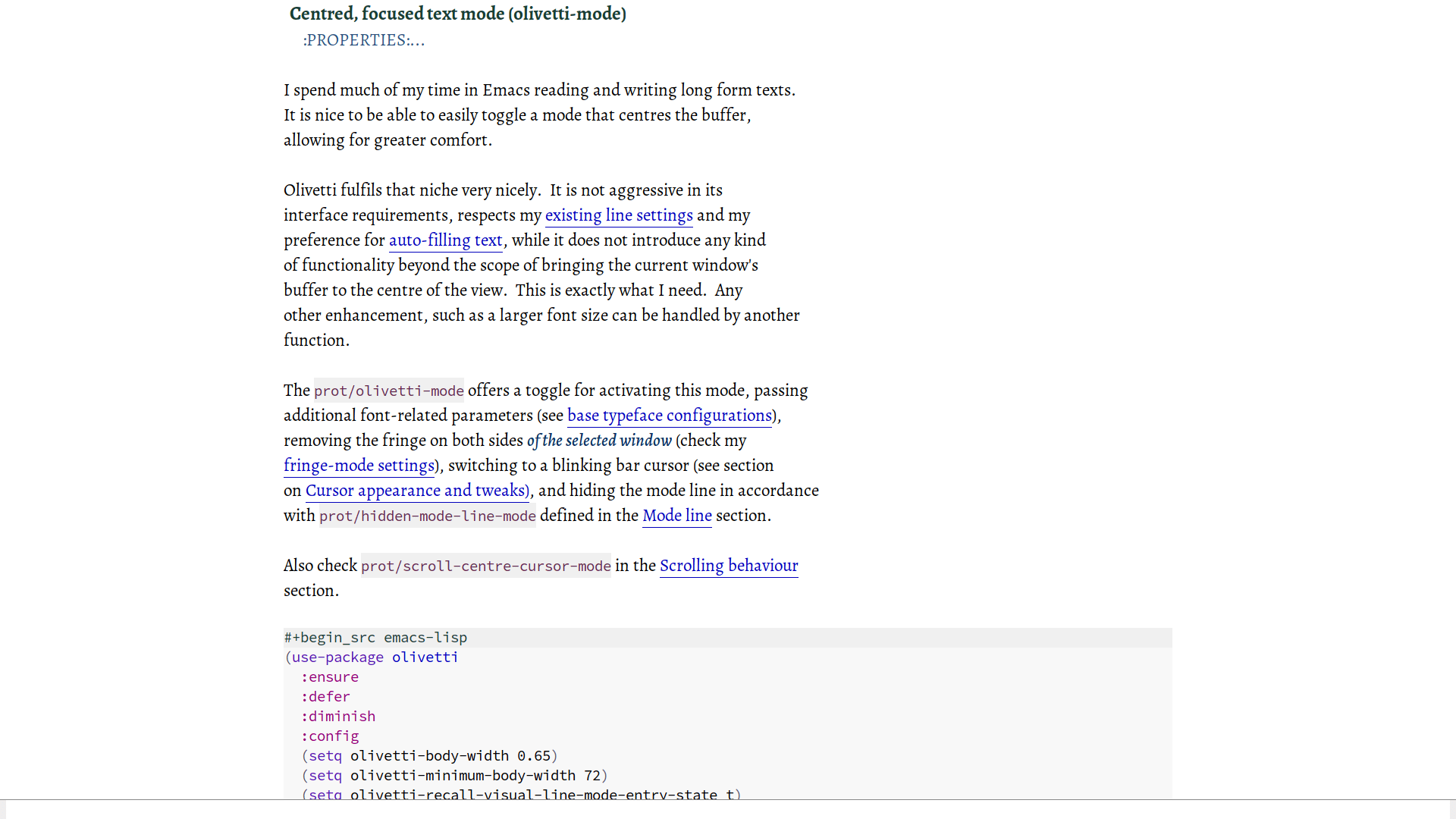 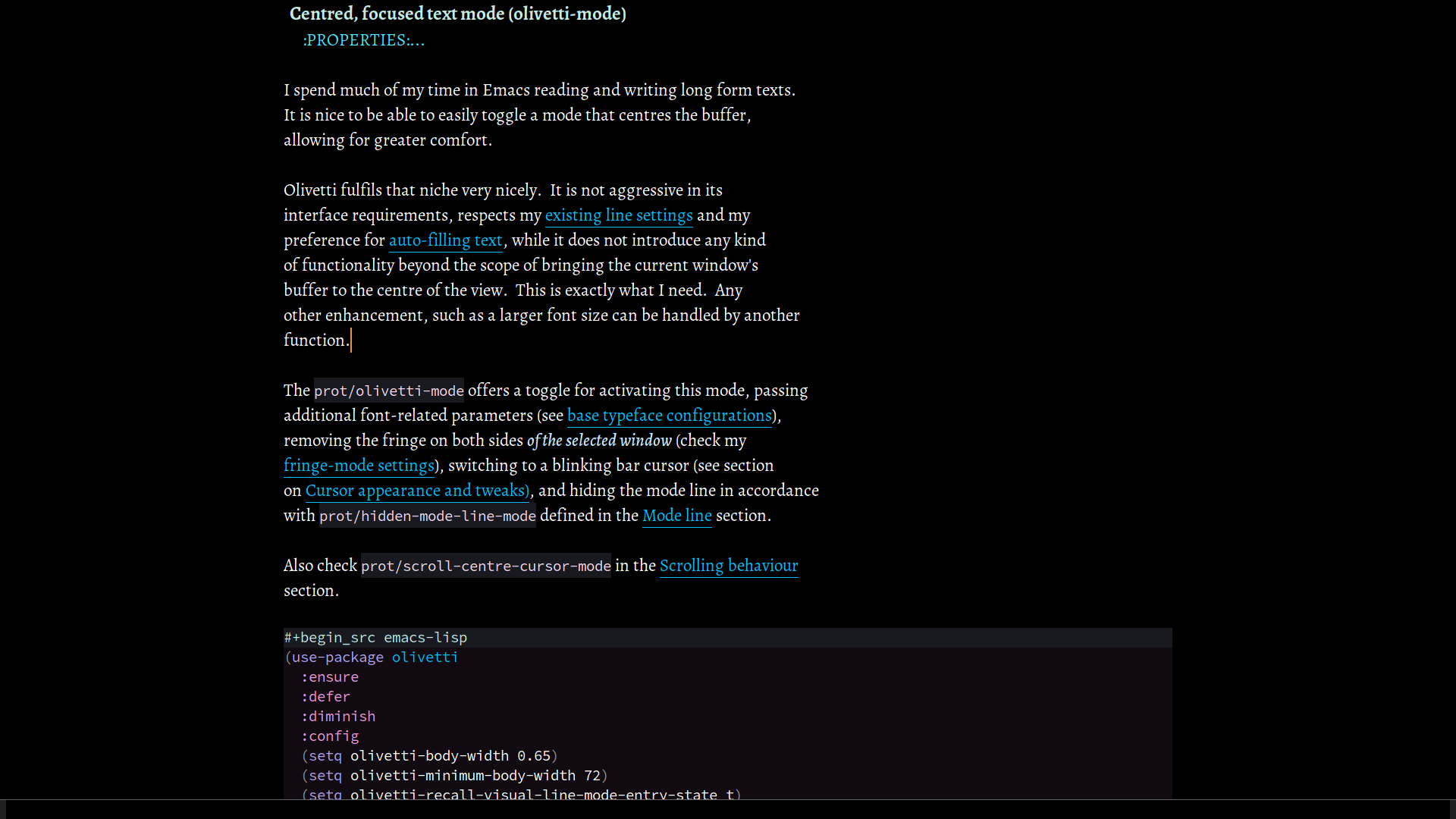 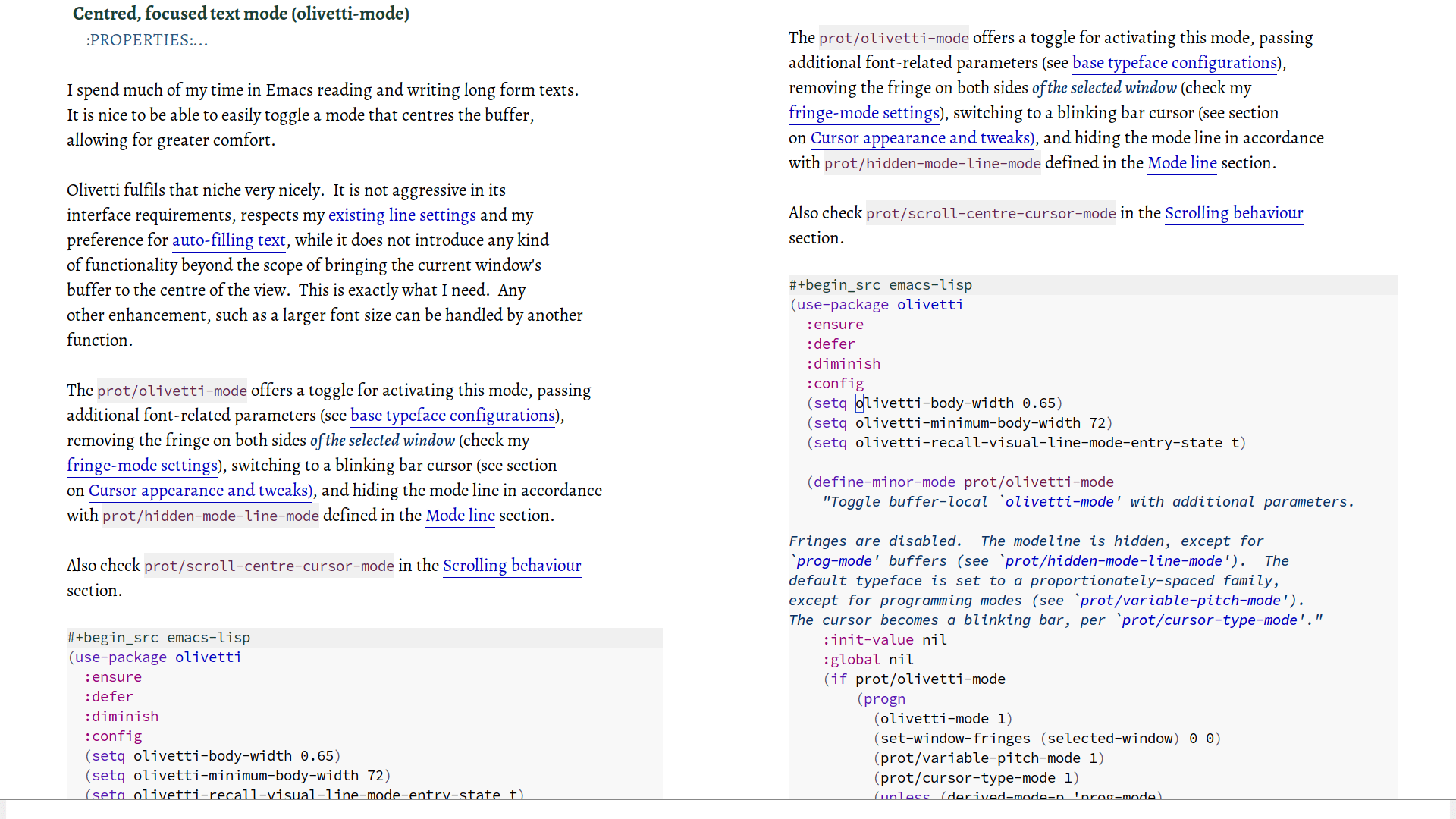 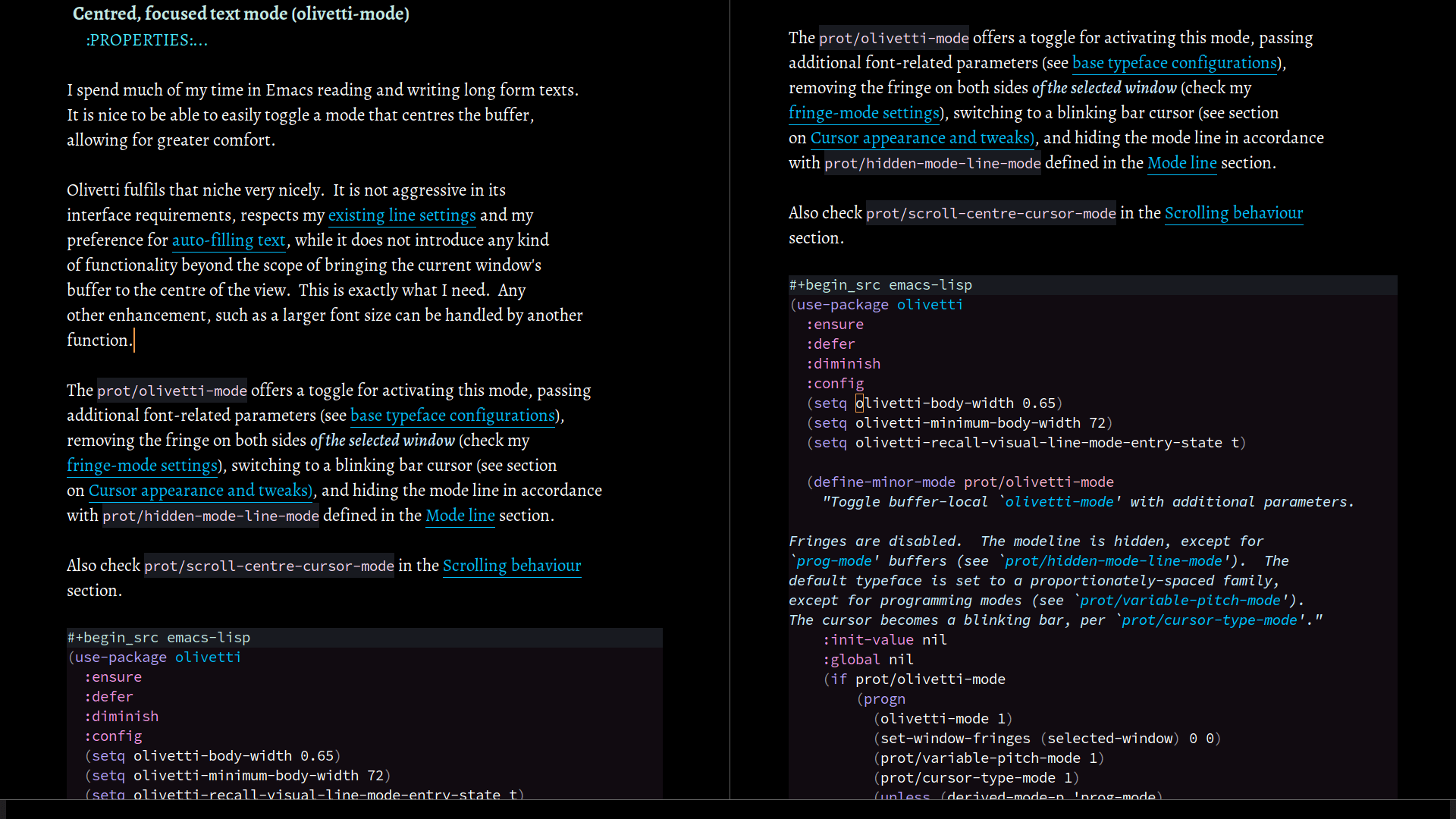 Note that here I also enable a few theme-specific customisation options, such as scaled headings and distinct org blocks (there are a lot of options). For Org blocks, you may also consider the “rainbow” symbol that you can pass to the relevant variable (check the project’s README), which applies a colour-coded background on a per-programming-language basis (useful for those who work with multiple languages in an Org buffer).

The new state of affairs

Overview of what is new for this proof-of-concept when prot/olivetti-mode is enabled:

To make the text look more book-like, I use the Alegreya font by Huerta Typografica, employing the methods I already explained in my video for mixing fonts.

If you want to force Olivetti to push the contents of the buffer off centre, you could increase the values of olivetti-body-width and/or olivetti-minimum-body-width variable. That would, however, not produce a good effect when you have two windows side-by-side, so please experiment accordingly.

For me this result is prima facie both usable and visually pleasing. If you really want to control more things with padding, then do consider writeroom-mode instead of olivetti-mode.

If you wish to use the Modus themes but tweak some of their colours, then I have good news for you: it is possible and supported! Check the README for the tools that the themes provide.

Below are the little extras you would need (always in addition to what I covered in the last two videos). I already had configurations for those, but I tweaked them a bit for the sake of this demo:

And this is the new prot/olivetti-mode: