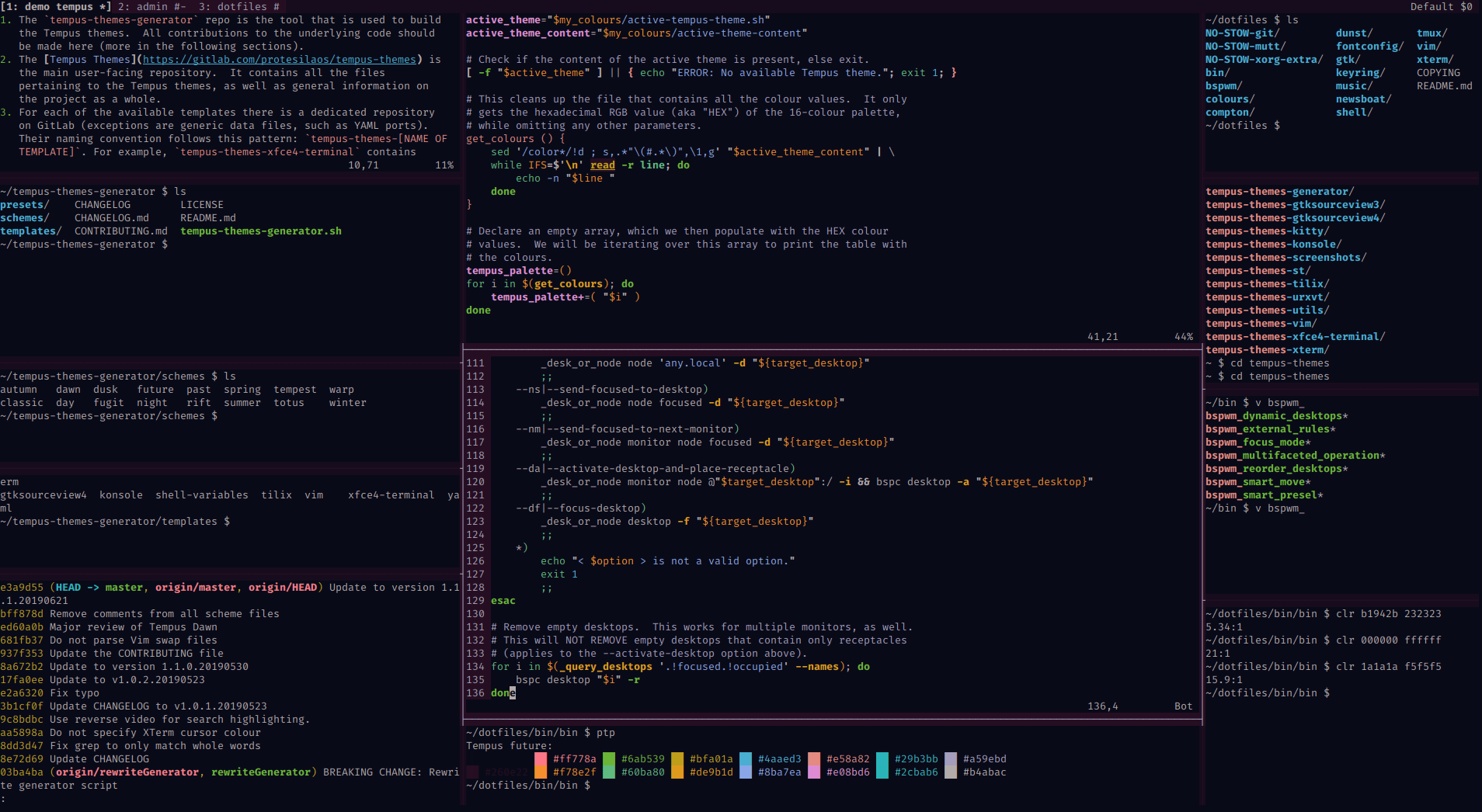 About the Tempus Themes project

Tempus is a collection of themes for Vim, text editors, and terminal emulators that are compliant at the very least with the WCAG AA accessibility standard for colour contrast. The contrast between foreground and background values is >= 4.50:1 or >= 7.00:1. The idea is to provide consistent colour palettes, while preserving legibility.

Each repo has instructions on how to use the themes for the application of your choice.

Tempus themes are available for Arch Linux and derivatives, via the AUR. Packages correspond to the following application software:

Special thanks to maintainer yochananmarqos! Last reviewed on 2019-10-29.

The project revolves around the Tempus themes generator. This is the tool that contains the colour scheme specs and the application templates. See its CONTRIBUTING.md.

The project is maintained with a set of helper scripts and utilities that streamline the deployment and maintenance of the git repos. Those interested can refer to the tempus-themes-utils repository.

The screenshot on this page is an ad hoc demo within my custom bspwm desktop session. The Tempus Themes are a core part of it. See my dotfiles.